Advisor to the President of the film festival

Head of the Education and Employment Department of the Department of Social Policy and Rehabilitation of the Staff of the All-Russian Society of the Deaf, Candidate of Sciences in Pedagogy.
Was born in 1972 in Moscow.

“Life is a complicated thing,” says Dmitry Alekseevskikh. – And it carried me like an aspen leaf … Graduated from the Moscow State Pedagogical University. Honors diploma. I went to work as a psychologist at a school for children with hearing impairments. But the difficult 1990s passed, then they paid a little at school … So I earned money as best I could. He worked as a night salesman in a commercial store, a morgue orderly, a loader, a storekeeper, a manager in a social project, just a manager in a commercial company. Then he entered logistics, from scratch he mastered the basics of a new profession for himself, grew up to the head of a department of a large commercial and industrial company.

He was engaged in a social direction, was the vice-president of a public organization. We implemented projects in the cultural and leisure sphere for people with hearing impairments. In those days, I did not report much. He became a laureate of the III All-Russian festival of electronic media programs about the disabled and for the disabled “Integration”. He was also engaged in science. He even co-authored a textbook that won the competition to create a new generation of educational literature for special (correctional) schools, held jointly by the National Training Foundation and the Ministry of Education of the Russian Federation. “ 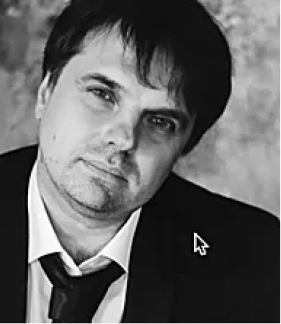