President and founder of the film festival

Director, actor, teacher, producer, journalist and screenwriter. At the age of 20, while doing military service in Afghanistan, he lost his hearing.

Graduated from the Theater Institute. B. Shchukin at the State Academic Theater. E. Vakhtangov in Moscow, as well as the directing department of the St. Petersburg State University of Culture and Arts. Later, in the late 90s, he graduated from directing courses in the United States: in New Haven (Connecticut) and Los Angeles (California).

He became known as a filmmaker after the release of the feature-length feature film The Gift (2011) and the documentary drama Memories of the Warsaw Ghetto (2015). Both films have participated in many prestigious international film festivals and won awards.

Until 2009, he worked as a photojournalist for the World and I magazine at the Washington Times Corporation (Washington, USA). In 2000, he was the first deaf photographer to receive the main prize and a silver medal at the North America International Exhibition. He has many photo publications and articles in various international media.

Taught acting at the University of Galladet and at the secondary school. As an actor he performed with a theater group in America, Holland, Germany, France, Kazakhstan, Spain.

He is currently the President of the non-profit art organization Universal Sign Entertainment, and the founder and leader of the creative organization for the deaf, World Without Silence. 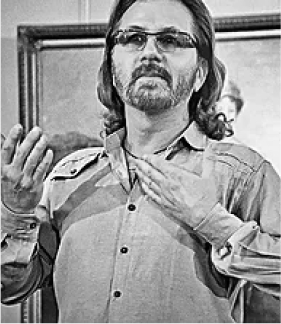