Born on March 25, 1957 in the city of Volzhsky (Volgograd region). Graduated with honors from the art and design department of the polytechnic of the LVTs VOG in Pavlovsk. From 1981 to 1990 he worked as a senior artist B.K.F. “Kommunar”, while participating in informal exhibitions of avant-garde art in Leningrad. In the mid-80s, he moved away from creative work for several years.

After the crisis experienced in the artist’s work, there was a turn towards the religious and symbolic themes of the works. Since 1991 he has been participating in exhibitions again. Since 1993 it has been regularly exhibited as part of the Hephaestus cultural center. Later he became a member of other creative groups, including the associations of deaf artists “Art-Neva” (St. Petersburg), “Yellow Mountain (Saratov), ​​as well as the International Art Fund and the Association of Free Artists (St. Petersburg). 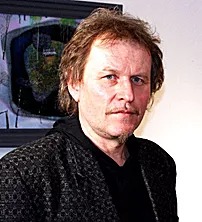